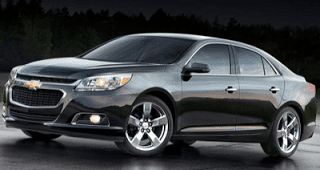 All 259 Vehicles Ranked By U.S. Sales – May/2013 YTD
Of course, outselling the Sonata and Malibu – combined – was the Toyota Camry. Camry sales slid ever so slightly compared with May 2012, but the midsize Toyota still ended May 2013 5998 sales ahead of the Honda Accord. This means Toyota grew its year-to-date lead over the Honda to 16,573 units. The Accord needs to outsell the Camry by an average of 2368 units per month throughout the remainder of the year if it’s going to take over the best-selling car crown.

Apart from the aforementioned Passat, no cars present in the top 20 last month went missing this month. The Subaru Outback stepped in to fill the void left by the big VW. Japanese brands like Subaru accounted for eight of the 20 most popular cars. There are also four Korean cars and the one Mexican-made German, Volkswagen’s Jetta. This leaves seven Detroit brand vehicles, the most popular of which was Ford’s new Fusion. It outsold Ford’s own Focus by 2367 units in May.

Historical monthly and yearly sales figures for any of these models can always be accessed through the dropdown menu at GCBC’s Sales Stats page, and for those not viewing the mobile version of this site, near the top right of this page, as well. GCBC has already published rankings for 36 different brands and 14 different trucks and 20 SUVs and crossovers. This list is responsible for displaying the 20 best-selling cars in America from May 2013.