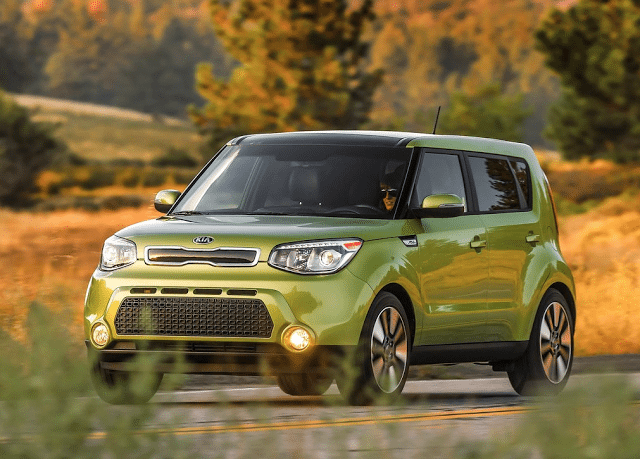 With its best month ever, the Kia Soul ran up the U.S. sales charts to become America’s 10th-best-selling car in August 2015.

That’s up from 14th in July of this year; 16th at this time a year ago. The Soul outsold all conventional small cars save for three: Civic, Corolla, and Elantra. It was also the most popular Kia.

August may be more memorable, however, for the Honda Accord’s return to the top of the leaderboard. No car sold more often in August 2015 than the midsize Honda. Accord sales were down 20% from last August’s high-water mark, but with 40,931 units, the Accord finished August 2015 with 3339 more sales than the Toyota Camry.

The Camry had reigned supreme in six consecutive months. Before last month, the Accord hadn’t topped this list of America’s 20 best-selling cars since September 2014.

medianet_width=’468′; medianet_height= ’60’; medianet_crid=’481536334′;
Historical monthly and yearly sales figures for any of these best-selling cars can always be accessed through the dropdown menu at GCBC’s Sales Stats page, and for those not viewing the mobile version of this site, near the top right of this page, as well. GoodCarBadCar has already published the list of America’s best-selling trucks and best-selling SUVs in August.