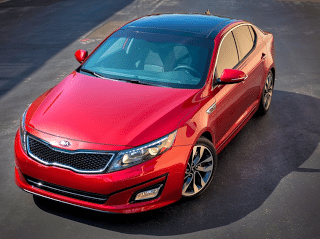 Despite a 59% increase in Honda Civic sales and a near-39K-unit Accord sales month, the Toyota Camry’s margin of victory in claiming the title of America’s best-selling car in August was still more than 5000 sales.

America’s nine favourites all attracted more than 20,000 buyers, and all members of the top 20 found at least 10,000 buyers. The Chevrolet Sonic’s best month ever resulted in 11,354 sales.

Chevrolet’s Impala was the big car of the group, although sales of the well-regarded Impala plunged 22%, the harshest fall of the four top 20 cars which posted August declines.

Historical monthly and yearly sales figures for any of these best-selling cars can always be accessed through the dropdown menu at GCBC’s Sales Stats page, and for those not viewing the mobile version of this site, near the top right of this page, as well. GoodCarBadCar has already published a list of America’s best-selling trucks in August, a list which happens to include every truck, and a list of the 20 best-selling SUVs and crossovers, which is 20 vehicles long.