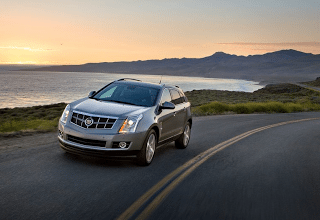 Mercedes-Benz’s share of the U.S. luxury auto market was a very strong 20% in November 2013, up from 19.6% in October and 18.3% in September. Much of Mercedes-Benz’s improvement is thanks to November’s 15th-best-selling premium brand vehicle in America, the CLA, a car GCBC reviewed just last week.

Of course, the CLA starts at less than $30,000 and is missing much in the way of luxury features. But it’s a Benz, and in North America, that apparently qualifies a vehicle for luxury status, regardless of equipment, price, or drive configuration.

Mercedes-Benz, even without Sprinter, outsold Volkswagen in November. If that doesn’t make M-B a mainstream volume brand I don’t know what will. Nevertheless, Mercedes-Benz, with a product range so vast it would leave a Cadillac sales consultant quivering in the break room with a stack of brochures waiting on his desk in the showroom, sells more “luxury” vehicles than any other automaker in America.

But it’s not all down to the CLA. Mercedes-Benz sold 8614 E-Class sedans, coupes, wagons, and convertibles in November, nearly 8000 C-Class sedans and coupes, and 10,821 utility vehicles.

Perspective: surging Land Rover, a luxury-SUVs-only kind of brand, sold 4601 vehicles in the U.S. last month. Its most popular model, the Range Rover Sport, ranked 15th among vehicles with base prices above $45,000. Jaguar’s eye-catching 103% year-over-year increase translated to 1446 total sales for the marque’s four vehicle lineup.

Meanwhile, that Cadillac sales consultant, the guy who has to learn simple details regarding a handful of models – ATS, CTS, CTS Coupe, dying CTS wagon, XTS, Escalade, SRX – snickers when he thinks what Cadillac might accomplish if only GM’s top-tier division had a full lineup.