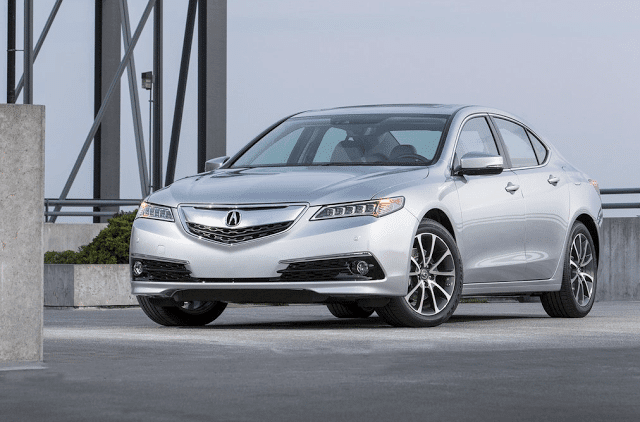 During a month in which BMW’s steadily improving passenger car volume stalled, the top-selling car at BMW, the iconic 3-Series, posted an 8% year-over-year U.S. sales improvement.

With more than 11,000 October sales, the 3-Series outsold the next-best-selling premium brand automobile by nearly 3000 units and the next-best-selling premium brand passenger car by more than 3700 units. Always essential to BMW, the 3-Series in October 2015 accounted for 37.4% of all BMW brand sales, up from 33.3% one year ago.

For the first time, U.S. sales of the Acura TLX climbed above 5000 units in October 2015. With 5777 sales in total, the TLX outsold stalwarts like the Lexus ES and absent rivals like the Audi A4 and Cadillac ATS.

The TLX was one of three Acuras among the 12 top-selling premium brand cars in America in October 2015.

Mercedes-Benz, with the third, eighth, and 11th-ranked luxury vehicles, was the only other brand to land three products in October’s top 15. One of those products, the GLE, generated 4176 sales. Its predecessor, the M-Class, produced another 704 sales. Combined GLE/M sales rose 29%.

Source: Automakers & ANDC
$45,000 USD (before delivery) is an arbitrary borderline, but if GCBC was to follow this system of designating only expensive vehicles as luxury vehicles, adding approximately $15,000 to the average new car transaction price seemed like a fitting place to begin. Plenty of less expensive vehicles with specific models feature prices above $45,000 – M, RS, and AMG models come to mind, specifically – but in the case of the second list, we know that none of the registrations were of cars priced at $32,750, as would be the case with the new BMW 320i, which costs less than a Honda Accord V6 Touring.
* Escalade breakdown by variant