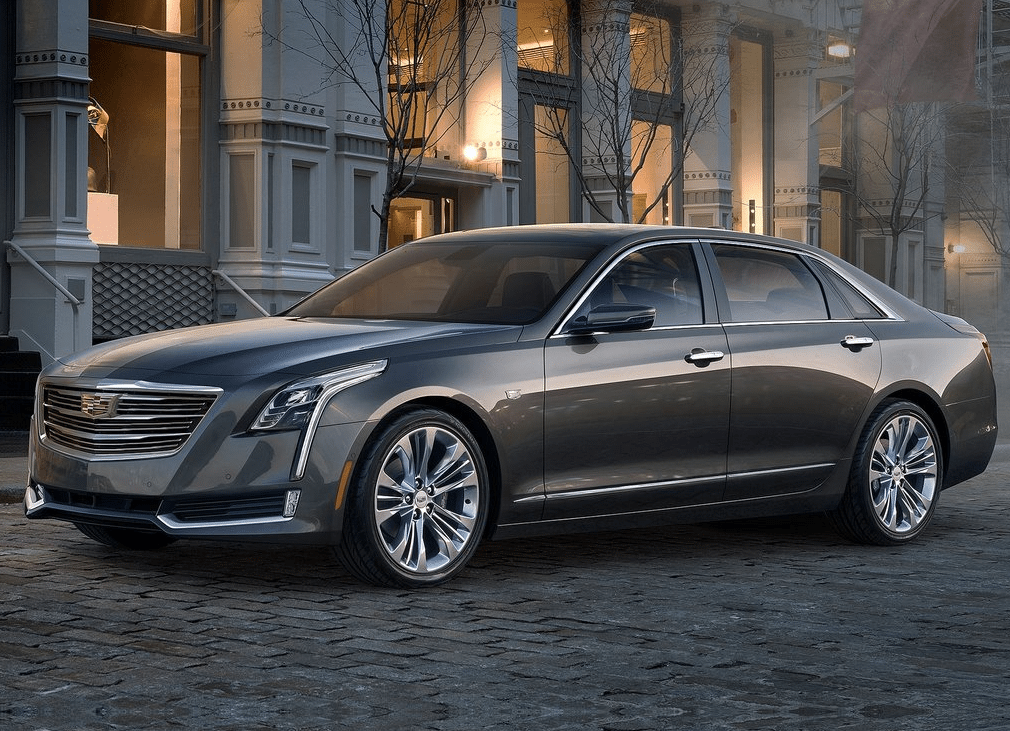 A 47% year-over-year increase propelled the BMW 3-Series (and its 4-Series offshoot) to 14,835 U.S. sales in March 2015, tops among premium brand vehicles last month and better than the totals achieved by brands like Acura, Cadillac, Infiniti, Lincoln, Land Rover, Volvo, and Porsche. 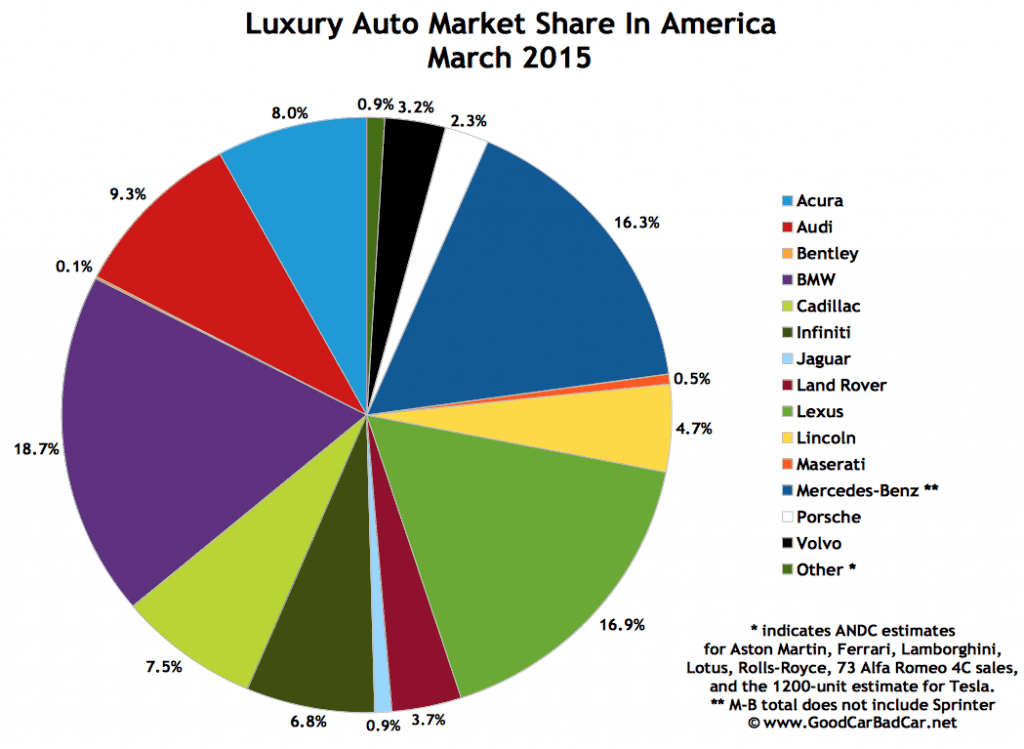 RX sales are up 5% this year even with competition from the smaller NX, America’s 15th-best-selling premium brand nameplate in March, stealing attention.

Also newly introduced in New York was Cadillac’s next flagship, the CT6, which is not to be mistaken with the smaller CTS. The only Cadillac in the top 15 in March was the SRX crossover. Cadillac sold 5998 cars in total in March, down 26%.

Among vehicles with base prices of at least $45,000, four of March’s nine best sellers are GM SUVs.

Source: Automakers & ANDC
$45,000 USD (before delivery) is an arbitrary borderline, but if GCBC was to follow this system of designating only expensive vehicles as luxury vehicles, adding approximately $15,000 to the average new car transaction price seemed like a fitting place to begin. Plenty of less expensive vehicles with specific models feature prices above $45,000 – M, RS, and AMG models come to mind, specifically – but in the case of the second list, we know that none of the registrations were of cars priced at $32,750, as would be the case with the new BMW 320i, which costs less than a Honda Accord V6 Touring.
° Escalade breakdown by variant
* BMW USA, not GoodCarBadCar, has chosen to combine sales of the 3-Series and 4-Series. GCBC combines sales of the Audi A4 and Audi A4 Allroad. None-Allroad sales were 2266 in March.
Cadillac’s new CTS – 1500 March sales – starts at $45,100, but the lingering CTS Coupe is a sub-$40K car, and the wagon starts at $42,195.