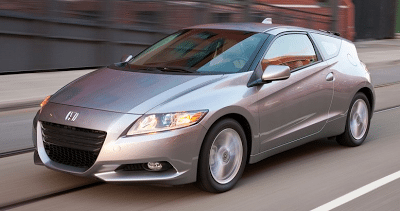 Rarely far from the top, October 2011 was one of those months in which an Acura was the worst-selling car in America. Not far behind the Acura RL, having fallen 85.4% from October 2010, was the Nissan Cube with its paltry 198 sales.

It’s sad to see the Honda CR-Z here, ranked fourth among all cars currently in production/still featured on the company’s website/not yet cancelled. The CR-Z must now face off troubles forged by Japan’s disaster-filled March, parts shortages created by Thailand’s flooding, and the very successful Hyundai Veloster. And the lack of desire on the part of the American car buying public to spend hard earned money on a two-seat hatchback with decent fuel efficiency and decent performance.

Hyundai sold 13 Velosters for every CR-Z sold by American Honda in October 2011. The CR-Z is ranked eighth among non-premium vehicles in terms of overall volume, a fact already known by readers who’ve scanned the second table in this post. There are three Honda products among the Top 10 Worst-Selling Vehicles In America list (by percentage decline), just as there were three in last month’s list.

BY PERCENTAGE DECLINE
If you prefer see worst sellers ranked by pitiful volume, the second and third tables will be of greater interest to you. Why two tables? It’s a given that certain high-priced premium machines will be (intentionally) exclusive. To make one list featuring all vehicles would be to focus an inordinate amount of attention on such machines when unpopular and poorly stocked mainstream cars are deserving of derision. So GoodCarBadCar.net does one list for the mainstream autos and one which takes in any and all comers.

Many of the vehicles in the two tables below – as well as the table above, for that matter – have very good reasons for making appearances on a worst sellers list. Should Lexus even want to sell or lease more than four LFAs per month? Pro’ly not. Doesn’t Saab’s turmoil kind of force the 9-3 and 9-4X onto lists like these? Yes. Isn’t the Subaru Tribeca ugly and old? Couldn’t Suzuki Equator buyers just get a Nissan Frontier and thus not have to tell their friends they were one of four people to buy a Suzuki last week? Does Hyundai still try to market the Azera?

Flip over to America’s Best Seller lists if you’re saddened by these questions.