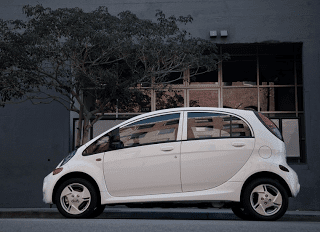 Let’s not be so cruel as to say the Buick Verano and Mitsubishi i MiEV were the worst-selling cars in America in November 2011. Statistically, there’s no way of avoiding it. Buick sold only four Veranos; Mitsubishi sold only four all-electric i MiEVs. But let’s give them time to get their groove on…. if, indeed, Buicks and odd-looking electric cars get grooves on.

Measuring worst sellers by year-over-year decline, no vehicle (still in production, not yet cancelled by its maker) posted anything as bad as Nissan’s 80% drop in Cube sales. The relatively ineligible (but still actively marketed and soon to be replaced) Hyundai Azera lost 77% of last November’s volume. Stalwarts like the Lexus HS250h, Acura RL, Lexus GS, and Honda Insight tagged along, all reporting less than half the sales they did in November 2010.

Even when factoring in premium vehicles – the types of cars intended to be sold infrequently but at high cost – the i MiEV and Verano can’t escape the fact that they weren’t on sale long enough and in great enough quantities to escape GoodCarBadCar’s worst seller wrath. The Lexus LFA joined them, however, at the four unit level. Americans have acquired 52 LFA supercars so far this year.

Monthly and yearly sales figures for these insulted vehicles and every other current model can be accessed through the dropdown in the top right of this page. Last month’s version of this post can be viewed here. November’s 10 worst-selling vehicles in America, measured three different ways, are below. It’s a sad sight.