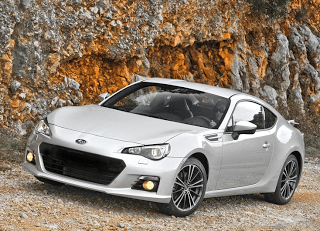 Despite a loss of 177 Boxster and 105 Cayman sales, the Porsche brand posted a 1.2% year-over-year U.S. sales increase in May 2012. Of course, the overall new vehicle market improved 26% from May 2011. Of all the vehicles on the market last year which are still actively marketed, no car posted a worse year-over-year decrease than the Boxster. Apart from defunct cars like the Cadillac STS, Lincoln Town Car, Mercedes-Benz R-Class, only the Boxster and Honda CR-Z reported worse year-over-year declines than the Cayman. Give us the new entry-level Porsches already.

Nissan LEAF sales plunged to just 510 in May. Toyota sold 1086 copies of the Prius Plug-In. Chevrolet sold 1680 Volts. The good news for Nissan? LEAF sales were 38% better than in April.

It seems likely that the Scion FR-S and Subaru BRZ won’t be permanent members of this U.S. worst sellers list. May was the first month Scion and Subaru sold their rear-wheel drive sports car twins. Being on this list isn’t a failure on their part, not at this early stage. Suzuki sold 599 Kizashis, which is bad. Honda’s CR-Z is selling less often now than it did when CR-Zs were apparently already rather rare on dealer forecourts.

All 258 Vehicles Ranked – May 2012 YTD U.S. Sales By Model
Monthly and yearly sales figures for all these models can be accessed through the dropdown menu at GoodCarBadCar’s Sales Stats home. GCBC calculates the worst-selling vehicles in America in three different ways, all of which are visible in the tables below. For a positive spin on U.S. auto sales in May, check out the 30 best-selling vehicles in America.