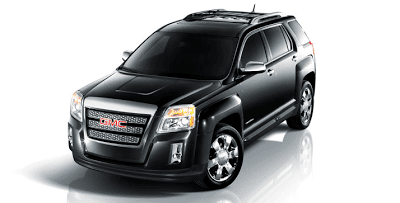 General Motors sold 29,010 copies of their smaller crossovers in May. Chevy Equinox sales rose 15%; GMC Terrain sales jumped 20%. This doesn’t include the fleet-only Chevrolet Captiva Sport, 3697 of which were registered in May 2012.

It takes two GM utilities to outsell the Honda CR-V, but does it matter? How much less profit does GM earn by fitting slightly different bodywork and marketing two different nameplates? There’s no denying the Equinox and Terrain have been deemed desirable, and they’re not simply ending up on best seller lists with old-school GM tactics of excessive inventory and ultra-low pricing.

Honda has landed the CR-V atop America’s best-selling SUVs list in each of the last five months, a fact which appears to signify dominance. But beyond the Equinox/Terrain juggernaut, it’s also worth acknowledging the overall strength of the small SUV segment. The Equinox, Journey, Escape, Terrain, CR-V, Santa Fe, Tucson, Compass, Patriot, Sorento, Sportage, CX-5, CX-7, Tribute, Outlander, Rogue, Forester, Grand Vitara, RAV4, and Tiguan combined for 166,244 U.S. sales in May. 85% of the time, buyers didn’t choose the best-selling CR-V.

There’s a good battle playing out in the midsize category between two famous American nameplates. The Ford Explorer’s lead over the Jeep Grand Cherokee is now at 658 sales through five months. The Explorer beat the Grand Cherokee by 7960 units in 2011. 1570 of the Explorers sold in America since March have been Police Interceptors. Ford sold 1514 Taurus Police Interceptors during the same period.

The Explorer and Grand Cherokee weren’t the only slightly bigger and/or more expensive mainstream SUVs with excellent May sales. Ford’s Edge, along with the Honda Pilot and Toyota Highlander (sales of which more than doubled, year-over-year) all sold on more than 10,000 occasions last month. Sales of the Dodge Durango slid 12%, a rare May decline in the category.

At the biggest end of the sport-utility vehicle spectrum, the GMC Yukon was the only mainstream brand full-size utility which sold less frequently this May than last. However, year-to-date sales of the Chevrolet Tahoe, Ford Expedition, and GMC Yukon XL have also decreased. The Good 12-winning Chevrolet Suburban is up 18% this year and posted a 16% jump in May.

Historical monthly and yearly sales figures for all these vehicles and every other automobile currently on sale in North America can be accessed through the dropdown menu at the top right of this page or at GoodCarBadCar’s Sales Stats home. May 2012 updates were added on the first of June. After the jump, SUV sales are broken down by segments as judged by GoodCarBadCar. The charts you see here can be clicked for a larger view.