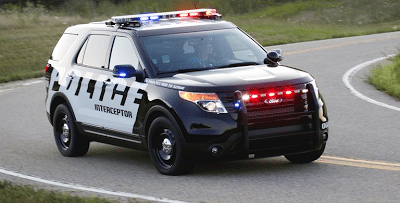 This April did have three fewer selling days than April 2011. On a daily sales rate basis, the RAV4 and Tucson, for example, were actually up 10% and 8%, respectively. But the Kia Sportage’s harsh 31% slide simply speaks to a bad month in what has so far been something of a bad year. Volkswagen’s Tiguan, despite its April struggles, is up 13% through the first one-third of 2012. The Ford Escape, of course, is about to be replaced. The old outgoing Escape is presently forming the majority of inventory.

Elsewhere at Ford, America’s top-selling brand, utility vehicle sales were particularly strong in April. The Edge, Expedition, Explorer, and Flex combined for a 13.2% increase, or 3750 more units. 667 of those sales were Explorer Police Interceptors. The Ford PIU outsold the Ford PIS by 120 units.

Over at the Japanese brands, the Armada, Juke, Murano, Pathfinder, Rogue, and Xterra accounted for 26.3% of all Nissan sales. Honda’s two remaining utilities were responsible for 29.5% of Honda’s U.S. April sales. The popular new CX-5 helped Mazda’s shrinking crossover division (the Tribute and CX-7 are bidding America farewell) grab 30.3% of the brand’s total April volume.

35.1% of the Mitsubishis sold in April were either Outlanders, Outlander Sports, or Endeavors. Only 22.1% of Subaru USA volume was utility-derived: Subaru only sold 154 Tribecas and Forester sales slid 16%. Suzuki has little relevance, but the Grand Vitara (and a single XL7 sale) meant 17.2% of the Sidekick’s hardly recognizable brand’s sales were SUVs. The 4Runner, FJ Cruiser, Highlander, Land Cruiser, RAV4, and Sequoia accounted for 19.6% of Toyota brand sales.

Monthly and yearly sales figures for all these models and every other nameplate currently on sale can be accessed through the dropdown menu at GoodCarBadCar’s Sales Stats home. Click any of the accompanying charts for a larger view. After the jump, April 2012 and year-to-date SUV/crossover sales data is contrasted with April of last year and the first third of 2011.