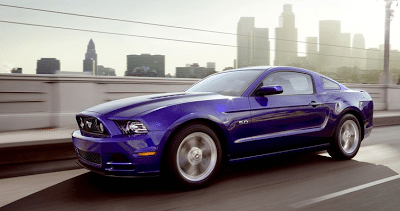 In May, Ford sold more than 10,000 Mustangs in a single month for the first time since May 2010. The Chevrolet Camaro’s year-to-date lead over the Mustang is now just 2213 units.

The Scion FR-S and Subaru BRZ are part of GoodCarBadCar’s U.S. sporty car sales chart for the first time. In addition to displaying the BMW 1-Series with the small luxury cars, we’re now going to include the little coupe and convertible in this chart. 1-Series sales are down 13% this year, but May 2012 was much better than last May. And given that this list includes any coupe or convertible for which sales figures are available, the Mini Convertible is now here with the Mini Coupe and Roadster. It should have been included before.

Volkswagen USA has now sold 1510 copies of the Golf R. In May 2012, Volkswagen sold 3.7 GTIs for every Golf R. The GTI outsold the Subaru Impreza WRX by 43 units. The Mercedes-Benz SLK outsold the BMW Z4 by 121 units.

The same can not be said of Mercedes-Benz’s bigger roadster, the SL-Class. Its BMW rival, the 6-Series, sold ever so slightly more frequently in May. The new SL is surging, nonetheless, but 6-Series sales are still rising. BMW USA now sells more 6-Series coupes and convertibles (and soon Gran Coupes) in a single month than BMW Canada has ever sold in a whole year. And by a substantial margin.

Historical monthly and yearly sales figures for all the models listed below and in the two accompanying charts can be accessed through the dropdown at the top right of this page or at GCBC’s Sales Stats home. After the jump you’ll find detailed May 2012 sales info on a variety of coupes, convertibles, and sporty variants of sedans and hatchbacks.