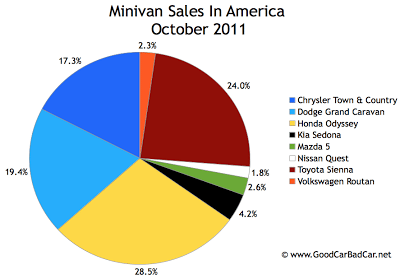 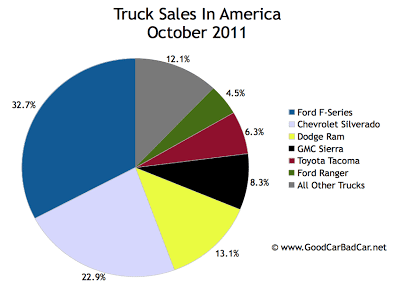 One-third of all trucks sold in America in October were Ford F-Series pickups. F-Series sales rose 7% in October 2011 and are up 8% in 2011. For context, America’s new vehicle marker has improved 10% through the first ten months of 2011.
All 265 Vehicles Ranked By U.S. October YTD Sales
No truck reported a worse year-over-year October drop than the Honda Ridgeline. As the second table shows, Ridgeline sales fell 30% in October. That’s not as bad as 2011’s ten-month total. Ridgeline sales are down 47% so far this year.
Conversely, apart from Suzuki’s ultra-low volume Equator, no automaker reported a greater year-over-year gain in pickup truck sales than Ford did with the…. Ranger? Despite the fact that Ford is killing off the Ranger, discounted leftover Rangers are clearly an attractive proposition for buyers who need a truck. Any truck. Even the least appealing truck on the market.