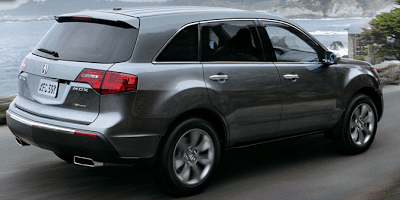 Whether you call the Lexus RX350 and RX450h small luxury crossovers or believe the Cadillac SRX is a midsize luxury SUV, the RX’s overall dominance in the premium SUV sector can’t be denied. The only so-called premium utility capable of challenging the Lexus would be the Buick Enclave… if you consider Buick to be a manufacturer of premium automobiles. In the United States, Buick sold 6709 Enclaves in May 2012.

Setting aside the obvious notion that more buyers want their tall $40,000 wagon to wear a Lexus badge than any other logo, consider a few other notable facts from May 2012’s premium SUV/CUV U.S. sales results. The $34,320 Acura RDX didn’t sell like the $39,310 Lexus RX350, but the BMW X3, Audi Q5, and Mercedes-Benz GLK were unworthy RDX challengers in May. The X3, the RDX’s closest non-SRX rival, was more than 800 sales back of the revamped Acura. American RDX acquisitions in May more than tripled compared with May 2011.

If you agree with the way these segments are sorted, you can conclude that 40% of May’s 17,099 “small” luxury “SUVs” wore German badges. The same trio owned 49% of the market a year ago and 45% of the market in April.

Historical monthly and yearly sales figures for these SUVs and crossovers and every other vehicle currently on sale in North America can be accessed through the first dropdown menu at GCBC’s Sales Stats home or at the top right of this page, just under the About GCBC button. GoodCarBadCar ranked America’s 10 best-selling SUVs on the first day of June. America’s 30 best-selling premium vehicles were featured a few days later. After the jump you’ll find specific May 2012 and year-to-date U.S. luxury SUV sales data.