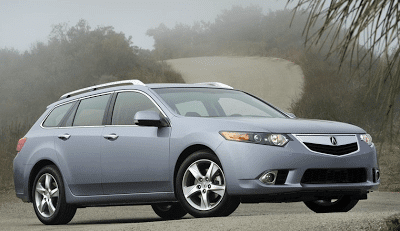 BMW USA sold a ridiculous number of 3-Series sedans, coupes, convertibles, and wagons in February 2012. Mostly sedans. Sales shot up 66% in February and are up 39% through the first two months of 2012. Combined sales of the 3-Series two German rivals, the Mercedes-Benz C-Class and Audi A4, did not reach 8000 units.

Infiniti G sedan sales rose 7% in February and are, in fact, just one unit down from 2011’s two-month total this year. The Infiniti G37 Coupe is bringing down the range’s year-over-year numbers with its 19% drop in February and 20% drop through the first two months of 2012.

Wondering why you can’t convince more automakers to bring their European-market wagons to North America? Acura sold 2993 TSX sedans in February 2012, up 24% from the same time last year. TSX Wagon sales, however, slid three units to just 380. This means the TSX Sport Wagon accounted for just 11% of all TSX sales in February; just 3% of all Acura sales. I’m as much a wagon lover as y’all, but the maths don’t always add up.

After the jump you’ll find detailed sales figures for smaller and the least expensive premium cars competing for sales in the U.S. marketplace along with February and YTD sales data for somewhat larger and/or more expensive luxury cars. Use the dropdown menu at the top right of this page to access monthly and yearly data from the U.S. and Canada for any model currently on sale.

29% of the midsize luxury cars which could post a year-over-year U.S. sales decline in February 2012 did so. These cars included, not surprisingly, the Acura RL, Cadillac CTS, and Volvo S80. Declines were also reported by the BMW 5-Series – it was down 26% in January and 3% in December – and the Infiniti M.

February was the Infiniti M’s twelfth consecutive month of falling sales. Fortunately for Infiniti, compared with January, M sales shot up 64%. The size of the overall market only improved 26% from January to February.

In other good news from Japan’s premium divisions, Acura TL sales grew 31% year-over-year and are up 36% this year. The Lexus GS had a tremendous start with 2396 sales in its Super Bowl-advertised month. Lexus ES sales climbed 15%, as well.

The segment standard bearers, the aforementioned BMW 5-Series and the class-leading Mercedes-Benz E-Class, have been unable to match the volumes they achieved in the first two months of 2011. Meanwhile, Japanese luxury cars are improving. We’ve heard this tale before.