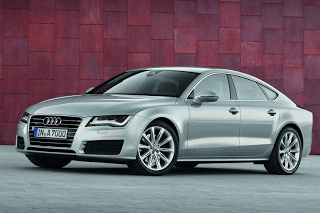 Not including a variety of high-priced machines which are forced to wear plebeian badges, cars like the Hyundai Equus and GMC Yukon Denali Hybrid, Americans acquired 136,000 luxury vehicles in March 2012.

45.9% of those 136,000 sales went the way of the Germans. Another 30.5% belonged to Japanese brands Acura, Infiniti, and Lexus. A further 14.2% was market share owned by the Americans: Cadillac and Lincoln. Most of the remaining portion of the luxury-badged U.S. automobile market was picked up by Sweden’s (China’s?) Volvo and Britain’s (India’s?) Land Rover.

For context, consider the fact that one year ago, the Germans owned 41.7% of March 2011’s luxury-badged automobile market in the United States, 33.6% was Japanese, and the Americans held 15.6%. What’s changed, apart from the numbers? Aside from Porsche’s slight dip, the Germans were notably stronger in the third month of 2012 than they were in the third month of 2011. Audi moved from 7.4% to 8.5%, BMW jumped from 15.3% to 17.6%, and Mercedes-Benz climbed a full point from 17% to 18%. A new A6 and the first A7 certainly helped Audi. BMW’s new 3-Series is a big boost for the blue and white propeller. And the M-Class alone accounted for an additional 1278 sales in Mercedes-Benz showrooms.

Meanwhile, the new RDX wasn’t in Acura showrooms yet. Cadillac was mostly without a car larger than the CTS. Every Infiniti reported a year-over-year decline in sales. And Lincoln remains mostly an afterthought for the vast majority of luxury car buyers.

You can click the chart below for a larger view of each automaker’s pie slice. Brand-by-brand rankings with March and Q1 2012 sales figures can be viewed here. Every model on sale in America has had its U.S. March 2012 sales figure updated in the database you can access through the dropdown at the top right of this page.