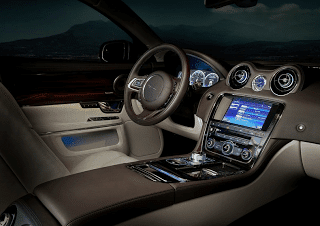 The XJ’s plunge was serious in August, but it wasn’t bad enough to place the Jag on America’s 10 Worst-Selling Cars list. You will find a Jaguar over there, however. 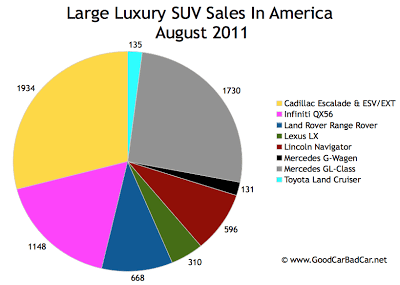 Compared with August of last year Mercedes-Benz G-Wagen volume more than doubled. Nevertheless, the boxiest Benz was still out-sold by the Toyota Land Cruiser, sales of which rose 18%. The Land Cruiser has a base price of $68,920. The Mercedes-Benz G500 starts at $105,750.

America’s most popular large premium sport-utility vehicle in August was the Cadillac Escalade, although it took three bodystyles to make that happen. The regular-wheelbase Escalade accounted for 1105 of the nameplate’s 1934 August sales. Another 655 buyers opted for the extended-wheelbase Suburban-based Escalade ESV. August’s truck sales chart already displayed the Avalanche-based Escalade EXT’s 174 sales. Both the Mercedes-Benz GL-Class and the Infiniti QX56 out-sold the garden variety Escalade.