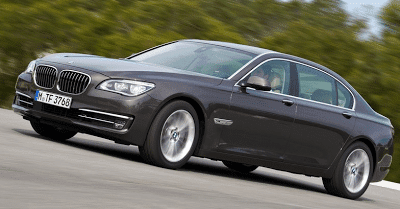 By not buying very many, Americans made the Lexus LS the lowest-selling large luxury car in May 2012. Yet in this highly competitive segment, the LS didn’t trail the segment-leading BMW 7-Series by much in terms of volume – not surprisingly, volume is low after all – and didn’t trail the 7-Series as dramatically as other segment trailers do, either.

The Lexus LS, however, sold once for every 2.5 BMW 7-Series sedans. That’s not good news for Lexus, but it means that, because of the nature of the segment, being a basement dweller in the large luxury car category means you’re not producing a car that’s as far back from the pack as is often the case. Besides, year-to-date, the Lexus LS is outselling the Jaguar XJ and Audi A8.

Jack up the ride height and, in many cases, lower the prices, and you’re looking at the second table in this post, the one full of large luxury sport-utility vehicles. Here, Lexus sales are rising rapidly, but the LX570 still ranks at the back of the pack. Mercedes-Benz sold just as many GL-Class SUVs as Cadillac sold Escalades, Escalade ESVs, and Escalade EXTs in May 2012. Benz’s year-to-date lead over the Escalade held steady 1053 units.

Sales of the Cadillac, GL-Class, Range Rover, Lincoln Navigator, and Mercedes-Benz G-Class were in decline last month. America’s overall new vehicle market grew 26% in May. Through five months, the market has grown 13%. The Infiniti QX56, Lexus LX570, Mercedes-Benz GL-Class, and Toyota Land Cruiser have basically equalled or bettered that pace.

You can always find historical monthly and yearly sales figures for all these models – including an Escalade breakdown – by making use of the dropdown menu at the top right of this page or at GoodCarBadCar’s Sales Stats home. GCBC previously published a list of the 30 best-selling premium nameplates in America for May 2012. Yesterday, we examined small and midsize luxury SUV sales. And back on the weekend we looked at small and midsize luxury car sales. After the jump there’s detailed May 2012 sales info for large luxury cars and large luxury SUVs.