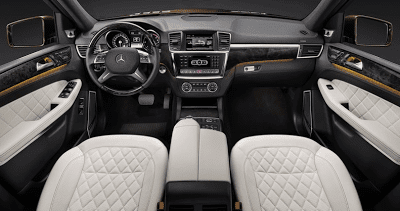 29% of the large luxury limos sold in the United States in March 2012 were BMW 7-Series sedans. In each of 2012’s first three months the 7-Series has led its segment. Only half of the cars in the category were able to post year-over-year increases in the first quarter. The Japanese LS, British XJ, and Ingolstadt’s A8 were down 30%, 3%, and 22%, respectively.

Once BMW and Mercedes-Benz are out of the way, sales are split rather evenly amongst the remaining four cars. In March, for example, 14.8% of the segment was owned by the Porsche Panamera. Another 13% of buyers went Lexus’s way. 11.7% of the 4421 sales were grabbed by the Jaguar XJ. Finally, the Audi A8’s share of the segment was 9.5%. Only 235 units separated the A8 from the Panamera. Detailed March and Q1 sales figures for these six large luxury cars can be viewed in the table after the jump. Click either of the accompanying charts for a larger view.

At the end of the post is a table for large luxury sport-utility vehicles. Lexus LX570 sales jumped 95% in March, but the big Lexus remains a mid-pack contender. Mercedes-Benz sold nearly three times as many GL-Class utilities. (The 2013 GL’s interior is shown above.)

No large luxury SUV suffered as great a year-over-year drop as the Range Rover, but keep one fact in mind: March 2011 still stands as the only recent 1000+ Range Rover sales month, so the year-over-year comparison with last month is particularly belittling. Cadillac sold 1010 regular-wheelbase Escalades in March along with 656 ESVs and 136 EXTs. Only the ESV did better this March than last.

As always, monthly and yearly sales figures for these vehicles and every other vehicle currently on sale in North America can be found by accessing the dropdown menu at the top right of this page or at GoodCarBadCar’s Sales Stats home.