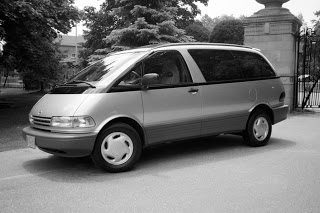 47,821 new minivans were purchased or leased in the United States in June 2012. 42% of those minivans were Chrysler products: Town & Countrys and Grand Caravans. Neither the Chrysler nor the Dodge were America’s best-selling minivan in June, though the Grand Caravan is the year-to-date leader.

The Honda Odyssey posted a 56% year-over-year gain, taking the Honda’s June total up to a class-leading 11,275, 374 units ahead of the Dodge Grand Caravan; 547 ahead of the Toyota Sienna. 24% of the minivans sold in America in June 2012 were Honda Odysseys. The Nissan Quest, Kia Sedona, Volkswagen Routan, and Mazda 5 combined to own 12% of the market, leaving 22% of the market for the Toyota Sienna.

Meanwhile, Toyota’s two trucks accounted for 13% of the pickups sold in the United States in June 2012. That number seems low in comparison to the market share numbers achieved by FoMoCo, General Motors, and Ram, but Toyota’s a leader among non-domestics. Nissan owned 5% of the U.S. truck market in June and Honda less than 1%.

Seven out of every ten trucks sold in America in June 2012 were Ford F-Series pickups, Chevrolet Silverados, or Dodge Rams. Historical monthly and yearly sales figures for these three trucks and every other vehicle currently on sale in North America can be accessed through the first dropdown menu at GCBC’s Sales Stats home or near the top right of this page. After the jump you’ll find detailed June and year-to-date sales figures for eight minivans and  16 pickup trucks as well as pertinent links to other important posts.