The Ford Mustang continued its rise up the U.S. auto sales rankings in June 2012, reaching 47th spot at the end of six months, three positions ahead of where the Mustang was slotted at the end of May. At this pace Ford’s muscle car will end the year close to, or in, the top 40. Yet of greater importance to Ford is the position of its best-selling model, the best-selling vehicle line in America.

Ford F-Series sales are up 14% this year in a market that’s grown 15%, and its year-to-date lead over the second-ranked Toyota Camry grew to 87,238 sales in June. HybridCars.com says 23,550 of the Camrys sold in the United States in the first six months of 2012 were hybrids. During the same period, Hybridcars.com says Chevrolet sold 6968 Malibu Hybrids while Hyundai sold 10,567 of their Sonata Hybrids, Ford 4988 Fusion Hybrids, and Honda 4118 Civic Hybrids. 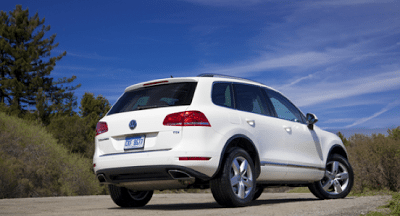 The Ford Escape just enjoyed its best sales month in history, as did the Jeep Wrangler. The gap between the 22nd-ranked Ford Explorer and 23rd-ranked Jeep Grand Cherokee has grown to 604 units, excluding the Explorer Police Interceptor. Without the Prius C and Prius V, Toyota’s Prius (and Prius Plug-In) would slot in ahead of the Jetta but behind Toyota’s own RAV4. Dodge’s Grand Caravan remains the best-selling minivan in America, especially when linked to the Chrysler Town & Country. Numbers for key pairs are visible at the bottom of this post. (Suggestions on which pairs to include and which to remove?) The Toyota Tacoma held the Ford Edge out of the top 30 for the second consecutive month. BMW’s 48th-ranked 3-Series is still the most popular premium brand vehicle in the United States.

Historical monthly and yearly sales figures for all these models can be accessed free of charge through the first dropdown menu at GCBC’s Sales Stats home or near the top right of this page. Most cars have also undergone comparisons with their classmates over the last couple of weeks – those segment breakdowns can also be found through the Sales Stats page or in GoodCarBadCar’s U.S. June 2012 section. Check out the rankings as they stood at the end of last month here. Scroll past the top 30 by clicking here. Italicized unranked lines are nothing more than available breakdowns, already included in the model’s total, not in addition to the model’s total.

Source: Manufacturers &
Red font indicates year-over-year declining sales
Italicized unranked lines are nothing more than available breakdowns, already included in the model’s total, not in addition to the model’s total. Sales data for brands such as Aston Martin, Ferrari, Lamborghini, Lotus, Maybach, Rolls-Royce etc. are unfortunately not broken down by model. estimates say sales for those brands through June were 408, 870, 174, 120, 24, and 192, respectively. Total Maserati and Bentley volume is reported, but not by specific models.