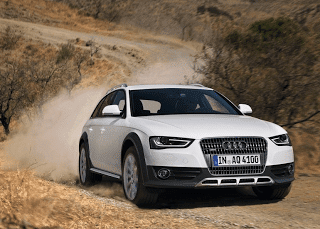 During a month in which Acura MDX sales jumped 52% and the Infiniti JX35 issued its second-best sales result so far, the Lexus RX outsold its two Japanese challengers by 1088 sales combined. June 2012 sales of the Lexus RX improved 68%, not a shocking result given the poor supply of RX crossovers last June and the fact that the new RX is inevitably more appealing to the Lexus faithful.

Cadillac, shown in the table below with the more similarly-priced small luxury SUVs, found 4260 buyers in June 2012. Sales of the BMW X5 climbed 27% to 4015. Acura sold 3090 copies of the recently-replaced RDX. No other premium brand managed more than 3000 sales with one nameplate, although Buick sold 5207 Enclaves in June 2012.

The vast majority of luxury SUV/crossover providers did, however, enjoy better sales this year than during the same period in 2011. Sales of the soon-to-be-updated Infiniti EX plunged 39%, on pace with the year-to-date decline of 38%. Acura ZDX sales (thankfully) continue to slide.

The Audi Q7 was down 18% and is off last year’s pace by 6% as its two partners from Porsche and VW, the Cayenne and Touareg, both feature redesigns as the first-gen Q7 ages. Land Rover LR4 sales slid 9%. The Mercedes-Benz M-Class is up 45% this year but the pace slowed in June. And the very old Volvo XC90 had a particularly rough month in June.

Historical monthly and yearly sales figures for every vehicle currently on sale in North America can be accessed through the first dropdown menu at GCBC’s Sales Stats home or at the top right of this page. Click either of the two accompanying charts for a larger view. Also check out the links at the bottom of this post, after the jump, for other stories which will likely pique your interest.