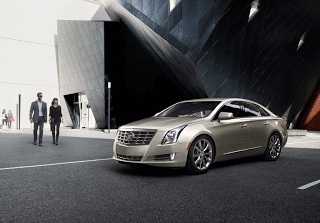 It’s not exactly fighting over scraps, but the Mercedes-Benz E-Class and BMW 5-Series don’t leave much for their rivals. 34,348 midsize luxury cars were sold in America in June 2012. Some of those could justifiably be considered large luxury cars, but we don’t match them up with S-Class Benzes and 7-Series Bimmers because, on pricing grounds, they don’t equate. Some, like the cut-price Acura TL, might line up better with the small/entry luxury cars.

Regardless, by the definition of the table below, 34,348 midsize luxury sedans were sold in America in June 2012. Just under one-third of the buyers in the category chose an E-Class or 5-Series, leaving 17 other nameplates fighting over barely more than two-thirds of the segment’s buyers. And it’s like this each month.

Cadillac delivered its first XTS sedans in June. Like the Hyundai Equus, it’s a big car, but it doesn’t carry the prestige of a Jaguar XJ or even a Mercedes S-Class. Or, some would argue, even an E-Class. Besides the 753 XTS sedans Cadillac sold to Americans in June, the company also found 22 STS buyers and 79 DTS buyers. Who needs a limo?

XTS sales will ramp up as Floridian retirees get to know the car. On the smaller side of the ledger, Americans know the Cadillac CTS well and buy it often, more often this June than last. The CTS trailed the third-ranked Infiniti G by 230 units in June, the second-ranked C-Class Benz by 1460 units, and the class-leading BMW 3-Series by 1694 units while handily besting the Audi A4 by 2444 sales and the A4-beating Volvo S60 by 2397 sales.

Speaking of the almighty BMW 3-Series, June sales plunged 26% compared with June of last year. But sales were up 7% compared with May 2012 despite the fact that the market shrunk 3.7%. Moreover, Cars.com is currently showing U.S. inventory of fewer than 3000 2012 3-Series sedans. Conversely, Mercedes-Benz presently has 6700 C-Class sedans stocked.

As usual, GoodCarBadCar allows free access to a gigantic database in which you can find historical monthly and yearly sales figures for each and every vehicle currently on sale in North America. Just use the first dropdown t GCBC’s Sales Stats home or look for the same menu at the top right of this page. After the jump you can check out detailed June 2012 and year-to-date numbers. Click either of the accompanying charts for a larger view.