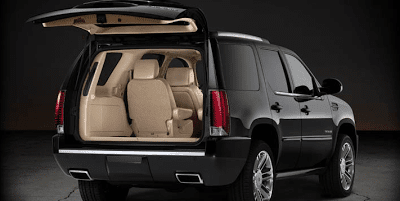 Year-over-year, America’s large luxury car market slid 6.4% in June 2012 despite gains made by the Audi A8, Lexus LS, and Porsche Panamera. Jaguar XJ sales plunged by more than 200 units, the Mercedes-Benz S-Class lost nearly that many sales, and the BMW 7-Series was just under level. Compared with June 2011, America’s overall new vehicle market improved 22%.

Porsche sold ten more Panameras, Lexus added 17 LS sedans, and the Audi A8 – down 11% in the first six months of 2012 – was up by 115 sales in June. This gigantic A8 jump wasn’t enough to steal second spot, but the BMW 7-Series fell from first spot in May to fourth, good enough for the Audi to slot in at third. With 3661 sales between the six competitors, the market share breakdown is remarkably equal once Mercedes-Benz’s 27%-sized-slice is removed from the pie.

GM’s new Cadillac XTS isn’t really a rival for the S-Class or Audi A8, but the Cadillac Escalade and its ESV and EXT versions are definitely highfalutin sport-utility vehicles. For the first time this year the Cadillac large luxury SUV family posted a year-over-year improvement, climbing 17% from 1676 sales last June. Sales of the regular wheelbase Escalade rose 22%. The stretched Escalade ESV was up 14%. Escalade EXT sales were level at 142.

Through six months, the segment leader remains Mercedes-Benz’s GL-Class. The GL had a rough June but sales are up 5% so far this year.

Historical monthly and yearly sales figures for every new vehicle on sale in North America can be accessed – for free – through the first dropdown menu at GCBC’s Sales Stats home or near the top right of this page. You should also see which of these vehicles made the list of America’s 30 best-selling vehicles. Before you examine other information, however, after the jump you’ll find detailed June 2012 and year-to-date sales figures for six large luxury cars and eight large luxury sport-utility vehicles. Click either of the accompanying charts for a larger view.