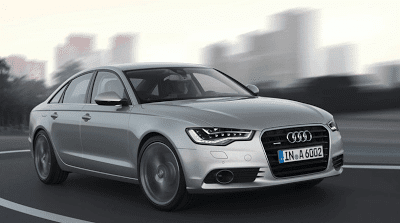 By easily outselling the BMW 3-Series in June 2012, the new Lexus RX ended the first half of 2012 within 2745 sales of the best-selling BMW. The Lexus RX is now nearly 19,000 sales clear of the second-best-selling luxury utility vehicle in America, the Cadillac SRX.

Strip away the Hyundai Genesis’s luxury car status and the Audi A5 then ranks 30th as all vehicles from the Lincoln MKZ to the Volvo XC60 move up a spot. Of course, some people feel Buick is also a luxury brand. If so, the LaCrosse would be America’s second-best-selling luxury vehicle in June 2012. As is the case with every other car, truck, and SUV currently on sale in North America, you can check out historical monthly and yearly sales figures for every Buick through the first dropdown at GCBC’s Sales Stats home or at the top right of this page.

The Lexus RX is one of ten Japanese-badged automobiles on this list of the 30 best-selling luxury vehicles in America from June 2012. There are twelve Germans and five Americans plus two Volvos and the Hyundai.

24 of the 29 best-selling luxury vehicles in America that were eligible to record a year-over-year increase did so. This fits well with the overall industry’s growth. The overall market grew 22% in June 2012.