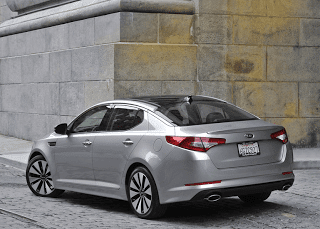 Chevrolet’s Malibu made it close, but the Toyota Camry came out on top once again as the best-selling car in America in June 2012. 213,903 Camrys have been sold in the United States so far this year. That’s a 45% improvement over the first half of 2011.

In an overall market which grew 22%, it’s not surprising to see a large number of cars posting huge year-over-year gains. Besides the Camry’s 50% increase and the second-ranked Malibu’s 32% jump, the Honda Accord, Honda Civic, Toyota Prius, Kia Optima, Chrysler 200, Volkswagen Passat, and Dodge Avenger all reported increases greater than 50%. Four compact cars were the only products in the top 20 to record year-over-year losses in June 2012.

By Toyota Canada’s standards, the Prius wouldn’t be called the tenth-best-selling car in America in June. Toyota sold 12,209 Prius liftbacks (including 695 Prius Plug-In hybrids), plus 3284 Prius V wagons and 3657 Prius C hatchbacks. Then again, Honda used two bodystyles to get the Accord and Civic to 28,924 and 27,500 sales. The Nissan Altima, Ford Focus, Hyundai Elantra, and Volkswagen Jetta are all sold in two different forms, as well. Speaking of the Jetta, sedan sales slid 20% to 11,598 in June 2012. The Golf Jetta SportWagen was down 23% to 2006.

Since they’re identical under the skin, combining the Avenger and 200 would make the Chrysler Group’s midsize duo America’s tenth-best-selling car. By that standard, however, we could also combine the Sonata and Optima, sales of which would have totalled 34,324 in June, enough to make the Korean pair America’s best-selling car.

Historical monthly and yearly sales data for all these models can be accessed through the first dropdown menu at GCBC’s Sales Stats home or at the top right of this page. We’ve already published the five best-selling trucks from June; 20 SUVs and crossovers are coming up next. And for brand-by-brand rankings, click here. Below you’ll find the 20 best-selling cars in America from June 2012, 385,990 sales in all, or 30% of the overall market.