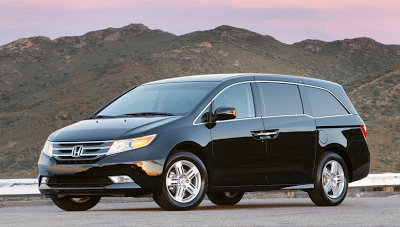 4.3% of the new vehicles sold in the United States in June 2012 were Ford F-Series pickups, up from 4.1% a month ago. The F-Series rides on as America’s best-selling vehicle, besting the second-ranked Chevrolet Silverado by 21,459 units in June 2012. These two trucks were joined by the Ram pickup in tenth spot and the Silverado’s twin, the GMC Sierra, in 26th.

Two minivans made it onto this list of the 30 best-selling vehicles in June. The Honda Odyssey trails the Dodge Grand Caravan by 7208 sales through the first half of 2012 but beat the Dodge by a few hundred units in June.

America’s favourite SUV in June was the Ford Escape, sales of which were a mixture of discounted 2012s and new 2013s. With 28,500 sales, the Escape had its best U.S. sales month ever. Ford’s smallest utility is joined by seven other SUVs and crossovers in the top 30.

With a narrow margin, the Toyota Camry ended June as the best-selling passenger car in America by outselling Chevrolet’s Malibu by 705 units. The Malibu was one of five Detroit passenger cars in the top 30. The Camry was one of six Japanese-badged cars. Falling Jetta sales didn’t fall far enough to keep the Mexican-built German out of June 2012’s top 30. The three Korean entries – two Hyundais plus the Sonata’s fraternal twin from Kia – brought in a total of 51,979 buyers. And for the record, Toyota sold 12,209 Prius liftbacks in June (including 695 Plug-In Prii) plus 3657 Prius C hatchbacks and 3284 Prius V wagons.

Historical monthly and yearly sales figures for all these models can be accessed through the first dropdown menu at GCBC’s Sales Stats home or at the top right of this page. At the bottom of this post you’ll find links to key best seller lists. Below is a table filled with the detailed June 2012 and year-to-date sales figures of America’s 30 best-selling vehicles. Click the chart above for a closer look at the market share of the 20 leading players.