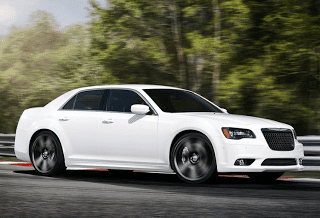 Americans purchased or leased 1.3 million new vehicles in June 2012 as the market grew slightly more than anticipated. Thanks in part to strong end-of-month July 4th celebratory deals, Ford was by far the best-selling automotive brand in America, although that’s nothing abnormal. General Motors was the leading conglomerate, as usual. Mercedes-Benz, even without its Sprinter vans, outsold its nearest luxury rival, BMW.

In no previous year has Hyundai ever sold this many new vehicles in June. Ford sales rose in June with great help from the Escape, Explorer, Fusion, and Mustang, but overall Ford sales growth didn’t match the industry’s upward march. The number of Buicks sold in June mask what still amounts to a worse first-half than Buick enjoyed a year ago. Cadillac sales plunged. Chevrolet Caprice PPV sales took off as the whole Bowtie brand jumped 15%. Toyota Motor Corp. sales skyrocketed in June 2012 compared with the same period a year ago. Remember, ToMoCo sales had fallen 21% year-over-year last June.

No automaker fell harder than Mitsubishi, a brand which is attempting to attract buyers with a shrinking lineup. Jaguar sales plunged 26%. No other brand posted a decline.

Numerous Japanese brands, from Toyota to Honda to Subaru, Lexus, Acura, Infiniti, Scion, posted improvements greater than 40%. None of those increases matched the achievement of Mercedes-Benz’s smart division. Sales of the two-seat city car jumped 208%. Fiat sales shot up 122%, as the 500 and 500C outsold their direct Mini rivals, the Hardtop and Convertible, by 864 units.

The first dropdown menu at GCBC’s Sales Stats home – which is also visible at the top right of this page – can be clicked through to find historical and current monthly (and yearly) sales figures for every vehicle currently on sale in North America.