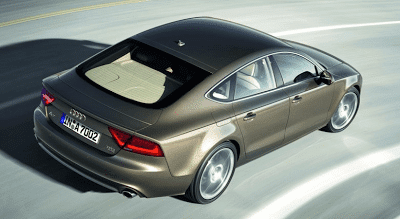 Here’s what you already know: the Ford F-Series’ status as the best-selling vehicle in America isn’t about to change. Its year-to-date lead over the Toyota Camry expanded to 64,320 units by the end of May 2012. The Camry’s lead over the Nissan Altima grew to 46,507 sales. The Honda CR-V’s lead over the Ford Escape has grown to nearly 25,000 sales. And the BMW 3-Series is 4646 sales ahead of the Lexus RX, the second-ranked premium brand automobile. But there are other numbers which create interesting circumstances, numbers not always visible in the top 15% of the auto sales rankings.

America’s two most memorable SUV nameplates, the Ford Explorer and Jeep Grand Cherokee, are America’s 22nd and 23rd best-selling vehicles, respectively. With a little help from the Explorer Police Interceptor, the Ford is now 658 sales ahead of the Jeep.

The Dodge Grand Caravan is the 28th-best-selling vehicle in America and the top-selling minivan. Three other vans slot in consecutively from 35th to 37th.

In January, the Ford Mustang ranked 76th in total volume. One month later it had risen to 57th. By the end of March, the Mustang ranked 54th on year-to-date terms. In April, rising Mustang sales pushed the car to the 52nd. Through five months, the Ford Mustang is now the 50th-best-selling vehicle in America, ahead of the Dodge Charger and Toyota Tundra, but behind the Chevrolet Camaro.

New entries in May’s U.S. auto sales rankings include the Acura ILX, Subaru BRZ, and Scion FR-S. Still-fresh entries like the Fiat 500, Range Rover Evoque, and Audi A7 are slotted in at 94th, 178th, and 179th through five months. You can access historical and current monthly and yearly sales figures for every vehicle currently sold in North America through the dropdown menu at the top right of this page or at GCBC’s Sales Stats home. Key links are clickable at the bottom of this post, long after the top 30, and the remainder of this exhaustive list.

And what is this list exactly? 258 different vehicles have been sold in the United States this year. All 258 vehicles are ranked by total U.S. sales volume below.

Source: Manufacturers &
Red font indicates year-over-year declining sales
Sales data for brands such as Ferrari, Lamborghini, Lotus, Maybach, Rolls-Royce etc. are unfortunately not broken down by model. estimates say sales for those brands through May were 725, 145, 100, 20, and 160, respectively. Total Maserati and Bentley volume is reported, but not by specific models. Prius sales in May: 13,053 Liftback plus 1086 Plug-In equal 14,139 Prius sales without the Prius V or Prius C, which sold 3645 and 3693 times, respectively.