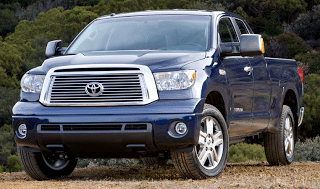 Seven SUVs and crossovers, four pickup trucks, one minivan, and 18 passenger cars gathered to form this list of the 30 best-selling vehicles in America in March 2012. Only five of the 30 reported falling sales this March. Half of the vehicles on the list are American by name. There are three vehicles on the list which weren’t present in February 2012: the Chrysler 200, Ford Edge, and Nissan Versa.

The six vehicles with declining year-over-year sales deserve some explanation. Sales of the Toyota Corolla (and its Matrix sibling) fell throughout the first quarter, down 12.6% in January and 26.2% in February. We can’t be surprised that Corolla sales would be sliding when the competition in the segment is fierce and when Toyota’s Corolla is by no means a new car. Honda Civic sales were wildly strong a year ago, keeping such momentum wasn’t going to be easy. The Ford Escape is undergoing a model change. Sometimes sales can peak at points like this, sometimes they can fall hard. Escape sales slid in March but are up 4.7% so far this year. The Honda Accord will live well again, we can assume, but fighting back against an all-new Camry and a deal-prone-end-of-term Altima isn’t easy. Sales of the Volkswagen Jetta SportWagen, which is really a Golf wagon, plunged 29% in March, but even Jetta sedan sales slid 8.4%. The wagon accounted for 13.5% of all Jetta sales. Finally, the Nissan Sentra hung on to a spot in the top 30 but is sorely in need of replacement. Nissan boss Carlos Ghosn said today that a new Sentra would be on sale in the fall.

There was a Prius Family explanation published yesterday in the 20 best-selling cars post. It’s not GoodCarBadCar’s decision to lump the V and C together with the regular Prius, but just because we have the breakdown in March doesn’t mean we want to make March an anomaly. Consistency reigns, and hopefully Toyota USA consistently releases the breakdown as part of their monthly report. Detailed sales figures for every other vehicle on sale in America can be accessed through the dropdown menu at the top right of this page. Below, check out the top 30 best-selling vehicles In America from March 2012, and below that, have a look at the market share chart showing the hold America’s 20 most popular vehicles have on the market.