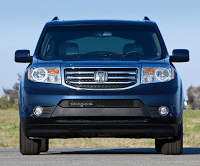 America’s 20 best-selling vehicles accounted for 38.4% of all new vehicle sales in December 2011. Those 20 vehicles and the next ten most popular are listed with detailed sales figures in the chart below. A list of the 30 best sellers for 2011 as a whole has also been completed.

17% of the top 30 are pickup trucks. Those five trucks (and five more) have already been tabled in a best-selling trucks list from Wednesday. There’s one minivan on this list, the Dodge Grand Caravan, sales of which slid 17% in December. That leaves the Ford Escape, its nine closest utility vehicle followers, the Toyota Camry, and the Camry’s 13 closest passenger car competitors to fill in the gaps.

There’s not a single Honda passenger car in the top ten (there’s normally at least one) and the two greatest year-over-year declines were reported by, you guessed it, two Hondas: the Accord and Civic. In fact, 30% of the year-over-year declines posted by America’s 30 best-selling vehicles in December were reported by Honda. The Pilot, on the other hand, had a good month in what has become a very good year for Honda’s biggest SUV.

The 30 best-selling vehicles in America from December 2011 are in the table below. Check out last month’s version of this post and make use of the links and the chart at the bottom of this article while you’re visiting GoodCarBadCar.

Source: Manufacturers & ANDC
Red font indicates year-over-year declining sales
Accord sales include sales of the Crosstour, a practice which will stop in 2012. To see separate Accord and Crosstour sales use the dropdown menu at the top right of this page.