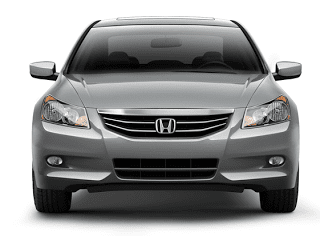 Two-thirds of America’s 30 best-selling nameplates recorded greater sales numbers this April than last in spite of America’s shortened April 2012 buying season. With three fewer days to sell cars, Ford F-Series sales still rose 4%, the Toyota Camry was still up 21%, and the Honda Accord managed to jump 26%.

There’s a note on the Prius Family conundrum at the bottom of this post. Volkswagen Jetta sedan sales were down just 1.1%. A lack of availability dragged Jetta SportWagen volume down 37.6% to 1904 sales from 3050 in April 2011. Ford still didn’t sell any Focus Electrics. The Ram, 200, Wrangler, Grand Cherokee, Grand Caravan, and Avenger – the six Auburn Hills/Torino vehicles in the top 30 – combined to deliver 19,640 more sales to the Chrysler Group. America’s new vehicle market was up by 26,644 vehicles according to the Automotive News Data Center.

Ford and Toyota, meanwhile, landed five vehicles in the top 30. GM tied Chrysler with six. Honda and Hyundai-Kia both had three. Volkswagen and Nissan supplied the other two nameplates. Monthly and yearly sales figures for these models and every other nameplate on sale in North America can be accessed through the dropdown menu on GoodCarBadCar’s Sales Stats home. There are important best seller links at the bottom of this post. The full list of the top 30 best-selling vehicles in America from April 2012, along with a market share chart showing the impact of America’s 20 best-selling vehicles, can be viewed after the jump.

Even without the assistance from the Prius V, Prius C, and Prius Plug-In, the Toyota Prius would still be one of America’s 20 best-selling vehicles. 15,661 Prius liftbacks were sold in April. It only makes sense to include the 1654 Volt-beating Prius Plug-Ins in the Prius’s total – it’s just a powertrain option like the majority of other vehicles on this list offer. Toyota clearly wants to make the case  that the Prius V is just another Prius bodystyle and the Prius C a junior version of the same car. That’s a bit of a stretch, but the Jeep Wrangler Unlimited is certainly very different from the regular Wrangler. One could say the same about the Jetta SportWagen (it’s a Golf) or Ford’s F-250 or the Nissan Altima Coupe. If all we altered the Prius’s total to reflect nothing more than liftback and Plug-In volume, it would have been America’s 16th-best-selling vehicle in April 2012. Every vehicle from the Corolla to the Cruze would be entitled to move up one slot. Toyota releases Prius sales totals as though it’s one car and only happened to leak model-by-model Prius info for March and April.