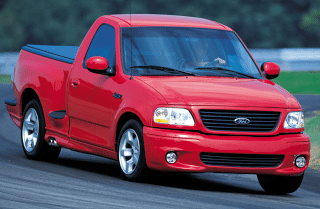 General Motors’ two major pickup lines combined for more than 50,000 U.S. sales in March 2012, a good month by all accounts.

Save for one account, that is. Sales of both GM trucks were up, year-over-year. In fact, the Sierra exceeded the market’s overall increase of 13% with a 19% improvement. Yet even with 50,340 sales, 52,423 if you include the Chevrolet Avalanche, GM couldn’t come close to matching Ford’s F-Series total.

March marked Ford’s second-best F-Series sales period in the last 27 months. Only December of last year was better. (March 2012’s overall market size was a 13% improvement over December, as well as March 2011.) We’re not surprised to see Ford in the number one spot, and we know a healthy portion of these sales don’t go to retail customers (same goes for most every full-size pickup line) but the numbers are still stupefying given prevailing fuel prices and what still amounts to economic turmoil in the United States.

On a final note, it’s worth paying close attention to the Dodge Ram’s consistent year-over-year gains. Sales rose 21% in February, 47% in January, 12% in December, and 8% in November.

The table below shows the 10 best-selling trucks in America from March 2012. Notice the absence of red font, as America’s favourite trucks are healthier now than they were last year. GoodCarBadCar will have more on truck sales in the coming days, but for now you can make do by finding every bit of pickup truck sales data through the dropdown menu at the top right of this page.