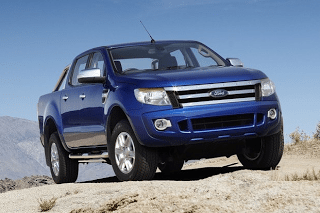 27.4% of all Ford brand sales in April 2012 were F-Series trucks. The F-Series sold 2.2 times more frequently than Ford’s most popular car, the Fusion. Ford sold 47,651 utility vehicles in April by way of the Escape, Edge, Flex, Explorer, Explorer Police Interceptor, and Expedition. With its pickup truck line, Ford was very nearly as successful numerically. Why the concentration on the F-150 and its Blue Oval cohorts? The F-Series out-sold the GM twins by more than 4100 units. If that isn’t dominance, I don’t know what is.

Monthly and yearly sales data for these vehicles and every other nameplate on sale in North America has been or is about to be updated with April 2012 and YTD info; you can find what you want in the dropdown menu at the top right of this page. Brand-by-brand rankings are available here.