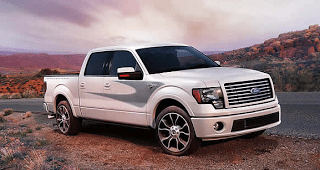 The order rarely changes. The story is told the same way, over and over and over. The harmonies remain unchanged in this song. Ford’s F-Series was the best-selling pickup truck in America in 2011. Sales were up 10.7% compared with 2010.

Indeed, sales of most pickup trucks improved this year. The F-Series’ main challenger, Chevy’s Silverado, posted a 12.2% improvement. The Dodge Ram was up even more notably with a 22.6% gain. Ford’s dying Ranger matched Nissan’s Frontier with a 27.9% improvement, the greatest jump you’ll see in the table below.

Together, GM’s three full-size trucks – the aforementioned Silverado, its GMC Sierra twin, and the Suburban-based Chevrolet Avalanche – found 584,388 buyers in 2011, 529 fewer than Ford did with its F-Series. Sales figures for all ten of America’s most popular pickup trucks are in the table below. Dig a little deeper by accessing the dropdown menu in the top right of this page.