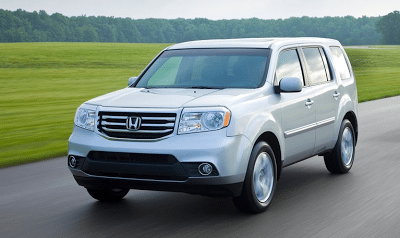 America’s most popular SUV in October was the Honda CR-V. Beating the Ford Escape by only 280 units means becoming the year end leader is highly unlikely. The Escape’s lead through ten months stands at more than 26,000 sales. For the CR-V to end 2011 atop the utility vehicle leaderboard, November and December reports would have to have the Honda 13,268 sales ahead of the Escape. That’s… unlikely.

After taking one month off, Toyota returns to America’s Top 10 Best-Selling SUVs list with the RAV4. Sales of the company’s smallest utility vehicle fell 27% in October, but the RAV4’s 10,680 sales was enough to earn seventh spot, ahead of the Kia Sorento (down 4%), Nissan Rogue (up 13%), and Jeep Wrangler (up 25%).

On the subject of the Wrangler, sales were up dramatically compared with October 2010 but fell 13% from September levels. This can be deemed acceptable because, after all, the overall market was smaller. But the market only fell 3%, and the 2012 Wrangler’s 3.6L Pentastar V6 should be keeping sales in the hefty volume region. This may be an anomaly. If Jeep sold that many Wranglers in September, perhaps there just weren’t enough to sell in October. You can read The Good Car Guy’s review of the updated 2012 Wrangler Unlimited here.