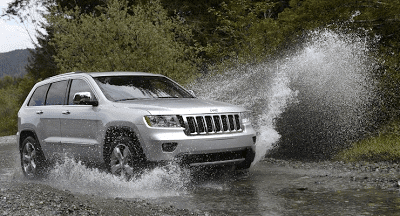 Let’s just call it. Let’s end the suspense. The fat lady is singing, and she’s singing because the Ford Escape will be the best-selling SUV in America in 2011.

Sure, there’s one month remaining, but the Escape is now 31,932 sales ahead of the second-ranked Honda CR-V, sales of which dropped 10% in November 2011. The third-ranked Chevrolet Equinox (down 3% in November) is another 21,708 sales back. November’s surge came as Ford offered discounts on leftovers before the 2013 Ford Escape arrives. The ancient (yet current) first-gen Escape finished November nearly 5400 sales of the CR-V.

Up a class or two, Jeep reported a 23% increase in Grand Cherokee sales. The most expensive Jeep trails the Ford Explorer by almost 11,000 sales going into December, a lead the Explorer is unlikely to give up. Explorer sales rose 217% in November. The only Chrysler product more popular than the Grand Cherokee in November was the Ram pickup.

You can find last month’s best-selling SUVs post here, last November’s edition here, and the 10 best-selling SUVs in America from November 2011 below. From America’s list of the 20 most popular cars in November, you’ll find just one – the Toyota Camry – that was more popular than America’s favourite little cute-ute.