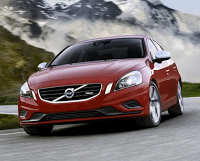 The U.S. auto market grew by 10% in September 2011. More specifically, the luxury portion of the market, as described here, grew by 6.4%. That’s slightly off the pace, a fact which will come as no surprise once you realize that more than one-third of America’s 30 best-selling luxury vehicles suffered from declining year-over-year sales in September.

At the top of the leaderboard, the BMW 3-Series enjoyed a decent September sales spurt as it closes in on being replaced by the sixth-generation F30 3-Series. September sales of the 3-Series rose 4%, year-over-year. More than 2600 sales behind but ranked second was the Mercedes-Benz C-Class, sales of which jumped 29% last month.

Further down the list of best-selling luxury vehicles, you’ll spot even greater gains. BMW garnered an 1169% boost in X3 sales as the second-generation X3, fully on-stream now, is contrasted with the end of the first-generation X3’s reign. Though X3 sales improved dramatically, it still trailed the Audi Q5 and Mercedes-Benz GLK in overall volume.

Ranked 25th, one spot beind the X3, Volvo’s S60 soared upward at a 519% clip. That explains a large part of Volvo’s 21.4% overall increase. Yet Volvo, as a brand, didn’t sell as many vehicles as Lexus did with the RX alone, despite the fact that Lexus RX sales slid 33%.

If you’d prefer not to see the Hyundai Genesis on this list (Genesis sales include the Genesis Coupe, priced from $22,250), the Infiniti QX56 is next up with 1206 sales. If not, these are the Top 30 Best-Selling Luxury Vehicles In America from September 2011.