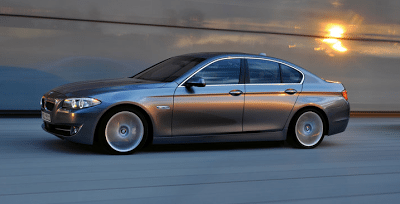 Fully one-third of America’s Top 30 Best-Selling Luxury Vehicles reported declining sales in October 2011. Among that one-third was the most popular luxury car in America, the BMW 3-Series, which posted a 9% drop last month. Also down from October 2010 levels was America’s best-selling luxury utility vehicle, the Lexus RX, which fell 22%.

With the BMW 5-Series’ 2.4% improvement and the Mercedes-Benz E-Class’s 19% plunge, BMW is enjoying a rare U.S. midsize luxury win in October 2011, topping the E-Class Benz by more than 500 sales. Together with their better-selling smaller brethren, the Mercedes-Benz C-Class and the aforementioned 3-Series, the four German cars formed a strong quartet atop America’s luxury car standings. In all, there were twelve German-badged vehicles on October’s list of America’s best-selling luxury vehicles.

If the Hyundai Genesis’ inclusion bothers you – the Genesis Coupe starts at a very non-premium $22,250 – remove it. The bottom 40% of the vehicles on the list below would then move up a notch and the Lexus LS and Audi A6 would move in to a tie for 30th. With 1186 sales, the LS was down by just 16 units in October. Audi A6 October sales rose 44%.