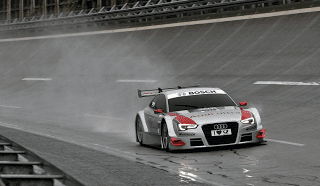 The BMW 3-Series is re-solidifying its position as America’s top-selling luxury car. The 3-Series ended April 2161 units ahead of the Lexus RX crossover and 2579 sales ahead of its next closest passenger car rival.

As we reported earlier, Mercedes-Benz was America’s best-selling premium brand in April 2012. Five of the top 30 luxury nameplates in April were Benzes, from the C to the E to the M, GL, and GLK. BMW landed four cars in the top 30. Like Mercedes-Benz, Lexus had five cars in the top 30, including their entry-level CT200h hybrid. Like BMW, Acura placed four times. There are three Audis, three Cadillacs, two Lincolns, two Infinitis, one Volvo, and one… Hyundai? Remove the Genesis from the pack and the Audi A5 steps in to fill the void. A5 sales slid slightly in April, down 1.2% to 1420.

Monthly and yearly sales figures for these models, including the new-to-the-best-seller-list Infiniti JX and every other nameplate on sale can be found by accessing the dropdown menu at the top right of this page. The JX, by the way, out-sold the Nissan Pathfinder in April. Pathfinder sales jumped 27% to 2057 last month.