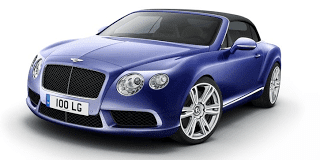 Porsche USA sold 12,978 Cayennes in 2011. That SUV sales total was up 56% from 2010. Volvo sold 12,932 XC60s, up 7.5% from 2010. Mercedes-Benz S-class sales were down 10% to 12,258 in the United States in 2011. Not a single one of these vehicles can be found on 2011’s list of America’s 30 best-selling premium vehicles. Some might argue that their absence relates to the fact that GoodCarBadCar includes the Hyundai Genesis (sales of which, by Hyundai’s decision, include the Genesis Coupe) and the Chevrolet Corvette, two truly premium cars from two very mainstream brands.

Regardless, the Cayenne, XC60, and S-Class have all garnered a mention in this text, making you a thoroughly informed reader. It’s not as if the Top 30 list needed any more Mercedes products: 17% of the table is filled by Benzes. Volvo managed to break in with the increasingly popular and truly handsome S60. And Porsche’s 186-unit miss sends a message to Porsche from all the diehards who still don’t want the Cayenne to exist.

America’s favourite luxury utility was the Lexus RX, not surprisingly. Its closest rival was the Cadillac SRX, 26,994 sales back. The SRX was America’s favourite American luxury vehicle, 559 sales ahead of its CTS sibling. The SRX was also twice as popular as the most popular Lincoln, the MKZ. The seventh-ranked CTS will have some in-showroom competition from the CTS-lite ATS in 2012. Its recent debut was hotly anticipated.