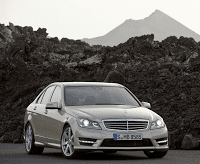 The Acura RDX, BMW 7-Series, Infiniti FX, Porsche Cayenne, and Lexus GX lost out to the 30 premium-badged vehicles shown in the best seller list below. These 30 luxury vehicles were the most popular of their kind in the United States in November 2011.

Leading the pack was the Mercedes-Benz C-Class, sales of which more than doubled compared with November 2010. Through eleven months, the BMW 3-Series remains America’s best-selling luxury vehicle, nearly 15,000 sales ahead of the Lexus RX. The C-Class is one of six Mercedes-Benz vehicles in the top 30. In between the 29th-ranked S-Class and the top-ranked C-Class are the E-Class, M-Class, GL-Class, and GLK350.

Eight premium Japanese nameplates found their way into the top 30 in November. The absence of Audi’s A3, BMW’s 1-Series, and Volvo’s C30, along with the presence of the Lexus CT200h, has a lot to say about the willingness of the American car-buying public’s hybrid tolerance. Granted, the Lexus HS250h’s 74% drop (to just 207 November sales) would form the basis of a nice argument against such tolerance.

Check out last month’s edition of this post here. America’s overall 30 best-selling vehicles list for November can be viewed here. Below you’ll find the top 30 best-selling luxury vehicles in America from November 2011.