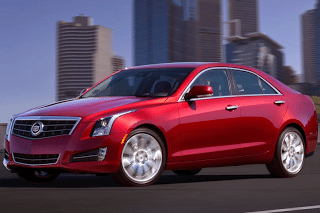 Although the 2011 year end situation didn’t turn out its way, the Lexus RX ended the year with a decent December. Sales slid 4.8% year-over-year but jumped 51.8% from November as the RX once again took its place as America’s favourite luxury automobile.

Lexus also landed the ES in 11th, the IS in the 14th position, and the CT200h in 25th. The two other Japanese luxury divisions, Honda’s Acura and Nissan’s Infiniti, posted cars in fifth, 12th, 15th, 17th, 29th, and 30th. The Hyundai Genesis finished December in 21st as sales climbed 1.9% – the overall market was up 10.3%, remember. American luxury brands, Cadillac and Lincoln, landed five cars on this list. Individually, three Cadillacs found positions higher than either of the two Lincolns.

As for the European brands, BMW’s 3-Series was down 15.7% but still out-sold the Mercedes-Benz C-Class. Besides the C-Class, there were four other Benzes in the Top 30. The 3-Series was joined by three other BMWs. Throw in the Audi A4, A6, and Q5, Volvo’s S60, and the Land Rover Range Rover Sport and the Top 30 Best-Selling Luxury Vehicles In America table is full. November’s edition can be viewed here; speeding ahead to the year end results is acceptable behavior.