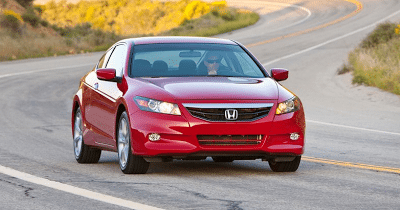 America’s best-selling cars from the month of October 2011 formed a unique sequence in their finishing order.

For only the second time this year – the previous instance was last month – there are no compact cars in the top five. This comes during a year when, in both January and June, a compact was in the top spot. Indeed, last October the Toyota corolla was only 342 sales out of third place. And dare we mention it, fuel prices aren’t as low as most consumers would like.

But it’s not as though Americans have rejected smaller cars altogether. From sixth to eleventh you’ll find compact rivals from Toyota, Honda, Chevrolet, Volkswagen, Hyundai, and Ford. Then, again, more expensive machines (a group which includes the $19,245 Chrysler 200) take over from twelfth through 16th.

Nearer to the end of the pack, the very roomy Nissan Versa subcompact slots in ahead of a formidable new midsize Kia (Optima sales jumped 429% in October), its Sentra compact brother, and a relatively small luxury car, the soon-to-be-replaced BMW 3-Series.

There are those who will attempt to point out that, if we’re including the Crosstour, the Honda Accord couldn’t be the best-selling car in America in October 2011. Naysayers will prove to be wrong, however, since Crosstour sales were so abysmal that even without them – all 1478 of them, down 47% – the Accord finished October ahead of the 2012 Toyota Camry. Honda midsize sedan and coupe sales were up 9.4% in October, enough to make the Honda Accord America’s top selling car in October 2011. Camry sales slid 8.5%. Its lead over the Accord, the third-place car in year-to-date standings, is 32,395 units strong through October.

There are six American-badged cars in this Top 20 Best-Selling Cars In America list. Throw in two Germans, three Koreans, and nine Japanese cars and you have October’s most popular passenger cars. Check out September’s list here or last October’s here. October 2011’s best-selling car table is below.

Source: Manufacturers
Red font indicates declining year-over-year sales.
Accord sales include the Crosstour. GCBC will continue this through December for comparative purposes.
Chrysler 200 year-to-date sales include 2380 Sebrings. The 200’s September 2010 refers to the Sebring.