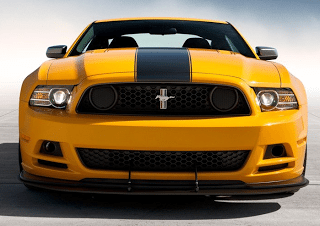 In a field normally filled with humdrum midsize sedans and numerous compact sedans, it’s a real pleasure to see the Ford Mustang rank as the 18th-best-selling passenger car in America in May 2012. Chevrolet Camaro sales slid 5% year-over-year and the Bowtie muscle car fell right off this list – it ranked 15th at this time in 2011 – but Mustang sales are surging, up 58% last month.

Before the new Camry had taken hold but after the tsunami had destroyed parts of Japan last March, car supply in North America was strained. The Chevrolet Malibu was the best-selling car in the United States; the Camry ranked eighth. One year later, the new Toyota Camry is resoundingly and routinely America’s top-selling car, beating the nearest competitor by more than 6000 sales in May, beating its nearest midsize rival by nearly 10,000 sales. Year-to-date, the Camry’s lead over the second-best-selling Nissan Altima has grown to 46,507 units with seven months remaining.

Is it too early to say the Camry will end 2012 as the best-selling car in the United States? The fast-rising Honda Civic would need to outsell the midsize Toyota by 6673 sales in every month from June through December to conquer the Camry.

There are six Japanese-badged cars on this May 2012 edition of America’s 20 best-selling cars, all in the top ten. This leaves four Korean cars, two Germans, and eight Detroit machines. Sales figures for each and every car present here as well as all the other 230 models on sale in North America can be accessed through the first dropdown at GoodCarBadCar’s Sales Stats home.