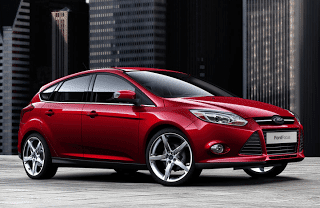 Surely Nissan remains pleased with the fact that the company’s U.S. division sold more than 41,000 Altimas in March. But to get to that high and lofty figure and not be holding America’s best-selling car crown at the end of the month has to be irritating. Toyota sold 42,567 Camrys in March 2012.

Ford won the battle of American midsize sedans in March, doubling up the Chrysler 200 and beating the Chevrolet Malibu by 4675 units. The Ford Focus was America’s top-selling compact in March, although one might question how many went to fleets. Not that Ford cares how many cars go to fleets.

Honda’s best-selling vehicle isn’t on this list. Sales of the CR-V crossover nearly reached 31,000 in March, enough to easily pip the Civic and Accord.

There are four Koreans on the list to go with the single German, nine Japanese-badged cars, and six Americans. The Hyundai Sonata was the only Korean in the top 10.

Four Prius models combined to make the hybrid-only Toyota sub-family the third-best-selling passenger car nameplate in America in March. GoodCarBadCar isn’t ready to separate Prius numbers so that we don’t get to a point where full year-over-year info isn’t available. We do know, however, that sales of the regular Prius reached 18,008 in March, not a large enough drop to allow any other car onto this list of 20 best-selling cars; only the order would change. Moreover, the Prius Plug-in is really only a powertrain option on a regular Prius, which means sales of the Prius climb back up to 18,899. The Prius V is a wagon version of the Prius, and we certainly don’t exclude cars because they’re available in multiple bodystyles. So now we have 23,836 March Prius sales. Only the Prius C seems to be definitively distinctive. Prius C sales reached 4875 in its first month on the market.

With this overly wordy explanation complete, take a long look at this list of the 20 best-selling cars in America from March 2012. Links to other key best seller lists are at the bottom of this post. You can find detailed monthly and yearly sales figures for all these models and every other vehicle currently on sale in North America by utilizing the dropdown menu at the top right of this page.