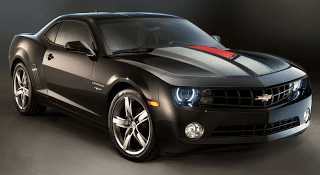 There are four factors to consider when checking out the disappointing sales figures of the four Chevrolet products on this list of America’s 20 best-selling cars. First, April 2011 was a good month for selling cars. The market had bloomed with an 18% increase. Second, GM fleet sales were very strong. Indeed, fleet sales at The General slid 25% this April. Also, there were more days to sell cars in April of last year, three more, in fact.

Finally, the new vehicle market had been unexpectedly strong in the first quarter of 2012, and many automakers – not just General Motors – had sold more than their fair share of product. Ramping up production isn’t something that an automobile manufacturer does overnight. Just ask Hyundai, which saw sales of its popular Elantra fall 24% in April.

Not surprisingly, a balanced analysis will now reveal that the best-selling car in America in April was not a Chevrolet but a Toyota. Camry sales shot up 21% year-over-year. The surging Honda Accord climbed 26%. Combined Accord/Crosstour sales (you know, the way they used to be) were 37,154, or 334 units greater than the Camry’s total.

On the subject of Toyota, the Prius group managed to once again out-sell the Corolla/Matrix. Both sides of the equation offer up skewed figures. The Corolla and Matrix are different cars (and Toyota Canada separates their sales figures) while the Prius is at least three different cars, four if you separate the Prius Plug-In from the Prius liftback. Toyota sold 15,661 copies of the regular Prius in April along with 4006 Prius C hatchbacks, 3847 Prius V wagons, and 1654 Prius Plug-In hybrids. Sales of the regular Prius jumped from 12,477 in April 2011. This list would, however, be found wanting if we separated the Prius Family since Toyota has not yet provided a full slate of year-to-date and year-over-year sales figures for each specific model.

These were the 20 best-selling passenger cars in America in April 2012. One car was infinitely more popular than it was at this time last year. Nine others reported losses, but such losses weren’t bad enough to remove these nameplates from the popularity list. There are only ten brands represented and only eight automobile companies.