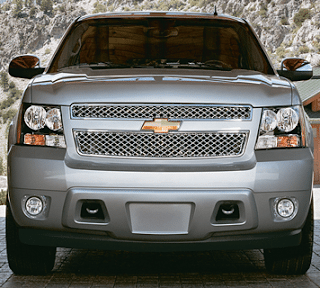 Don’t you find it the least bit interesting that, in the first three months of 2012, the Chevrolet Suburban has been about as popular as Mini’s Cooper range? Forgetting history for just a moment, it strikes me that basically the same number of people (and fleet buyers?) walk into Chevrolet dealers looking for Suburbans as Mini dealers looking for either a regular Cooper, Clubman, Convertible, Roadster, or Coupe.

Making it even stranger is the fact that the Toyota Avalon – about as different from a Mini as it is different from a Suburban – has been equally successful this year. The Suburban also ranks just ahead of three small crossovers: Kia’s Sportage, the Nissan Juke, and Jeep’s Compass.

It’s not that the aligning sales figures for these three vehicles are particularly meaningful in and of themselves. But they most certainly manifest the divergent tastes of American car buyers. The Mini-to-Compass group starts after the jump at the 91st line. Only a little further down the line you’ll spot the Fiat 500 in the 99th spot and the Hyundai Veloster in 100th.

In all, there are 255 vehicles listed in this All Vehicle Rankings post. Scrolling from the Ford F-Series all the way down to the Suzuki Reno (seriously?), you’ll see increasingly popular cars and trucks like the Toyota Camry and Dodge Ram, brand new nameplates like the Buick Verano and Mazda CX-5, and disappearing vehicles like the Chevrolet HHR and Honda Element.

The first dropdown menu on GoodCarBadCar’s Sales Stats page provides access to a database in which monthly and yearly sales figures for these vehicles are available for perusal. The tremendously lengthy table below ranks vehicles by their U.S. volume through the first quarter of 2012. Specific March 2012 best seller lists for cars, trucks, SUVs, overall vehicles, and luxury vehicles can, not surprisingly, be found under the Best Sellers banner. Don’t forget to use your Command+F (or Cntrl+F for Windows users) function in order to find a specific model in the overwhelming list below.