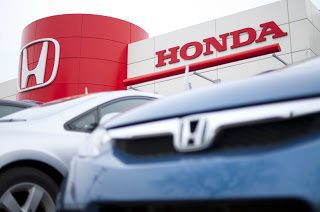 U.S. auto sales updates have been completed and the brand rankings with each and every manufacturer’s March 2012 output has been totally filled in today, April 3, 2012. Early forecasts suggested that there would be greater U.S. sales volume from auto manufacturers than we’ve seen in a few years. Early forecasts were correct.

Ford led the way with 15% of the market, more than 214,000 sales, and 5% gains. Year-over-year, Blue Oval sales rose 9% in the first quarter. The best-selling non-Toyota import brand in March wasn’t Honda: Nissan sales jumped 15% in order to beat Honda by more than 10K units. America’s top-selling premium brand was Mercedes-Benz. Take away Sprinter van sales and Mercedes-Benz falls to 23,134 sales, 806 sales behind BMW. On the subject of BMW, while Fiat didn’t sell as many cars as BMW’s Mini brand, the 500 and 500C did manage to out-sell Mini’s regular Cooper Hardtop and Convertible by 402 units.

Apart from the new-to-this-continent-at-this-time-last-year Fiat and ultra-low-volume smart, no automaker reported greater year-over-year gains than Chrysler in March. Sales of the 200, 300, and Town & Country rose by more than 14,000 units compared with March 2011. Cadillac and Buick reported losses of 13% and 16%, respectively, even as Cadillac (with the CTS, SRX, and Escalade) ended Q1 more than 10,000 sales ahead of Lincoln. Lexus sold 7035 more vehicles in March than Buick.

Make sure you carve out time in your schedule to access the dropdown menu at the top right of this page in order to find March 2012 updates in GoodCarBadCar’s huge database of monthly and yearly sales figures for every nameplate currently on sale in North America. Best Seller lists should be published late in the afternoon. As always, there’ll be plenty more Sales Stats from GoodCarBadCar – including additional best-selling vehicles and best-selling luxury vehicles and worst-selling vehicles lists as well as segment breakdowns and market share charts – as we pass through the holiday weekend.

Canadian sales figures for March 2012 were also be reported today. What you see below is the complete table representing every new vehicle sold in America in March 2012, wrapped under their respective nameplates and then ranked brand by brand by brand.