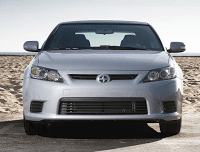 Of course, Hyundai and Kia aren’t the only automakers to dramatically increase sales. Jeep’s numbers are way up, along with Audi, Buick, and Porsche.

It’s easy to make claims in times like these regarding Toyota’s “falling out” in North America. The only problem with such claims is the ignorance of cold, hard numbers. If all you pay attention to are percentages, yes, Toyota has clearly fallen out of favour in both the United States and Canada. But Toyota sold over 100,000 vehicles in the United States in November 2010. Even with a 24.3% drop, the Toyota Camry remained America’s best-selling car, as GoodCarBadCar.net will show you later.

Clearly, if this trend keeps going for Toyota, there’s gonna be trouble. To be precise, consistent November drops of 4.3% would result in just 86,085 sales for Toyota in November 2015. Incidentally, this would place Toyota in third place among automakers competing in the USA, the same spot Toyota is in now. Keep in mind, the numbers you see for Toyota below are a little different from those you’ll see elsewhere. Scion is listed by itself – with its impressive sales increase – so Toyota’s sales figures are missing nearly 4000 sales that’d normally be included.